After successful contract in project design of new school of French Alexandre Yersin in Gia Lam, Hanoi, Vietnam in November 2014, DK Engineering in January 2021 got the Agreement in providing MEP design and consultancy services including fire prevention and fire protection (PCCC) system for renovation work of office area of the school.

After 10 years of building our brand image in renewable energy with great projects like: FL Smidth, PV Thien Tan… DK Engineering decides to expand into larger scale markets, which is an exciting endeavor—a new level of success. We are excited for the opportunity to flex our marketing muscles and share the brand’s sustainability message with new logo, presentation and website interface. By this bold move with a well-organized plan, DK Engineering is ambitious in fully grasping the cultural norms, needs and expectations of new markets. We believe in spanning continents and aligns numerous countries around the drive for a cleaner, greener future. 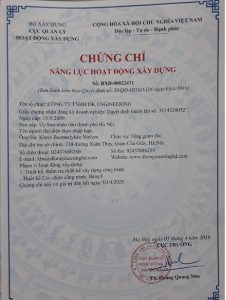 On  April 2019, DKE received the Company Design Certificate Level 1 with scope “ Design and verification of construction design – mechanical and electrical design work: class I. The design certificate is issued by the Ministry of Construction and valid for 10 years until 3 April 2029. 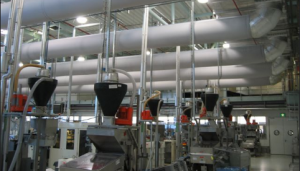 Fabric duct is the new product that DK has exclusivity rights for marketing in Vietnamese market. In March 2018, DK signed the first purchase order with SEAREFICO to supply the Cradlevent inject XL – KE Fibertec AS – Textile Duct System including accessories for completed installation and Airfreight packaging.

Cradlevent inject XL of KE Fibertec is the first ventilation duct in the world to receive the Cradle to Cradle approval – approval of product’s recyclability and safety for human and environmental health – by the EPEA Institute in Hamburg, Germany. 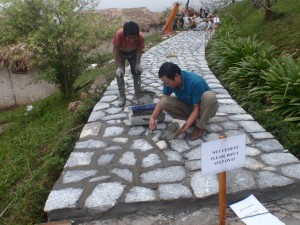 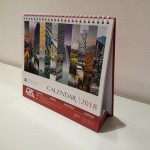 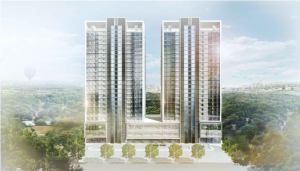 In Dec 2017, DK has been awarded by VINAENCO to complete project design, including technical basic design, conceptual design, detailed design and technical documentation for mechanical and electrical utility and building services for at West Lake Residential.

After one year of updating Quality Management System to new version of ISO (ISO 9001: 2015), DK Engineering has successfully passed the audit by British Standards Institution (BSI) in early November and received ISO 9001: 2015 certification in December.

DKE has been awarded ISO 9001 certification since 2007 and audited annually. 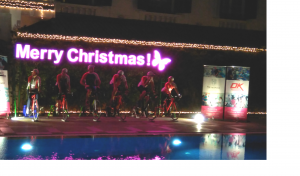 Sofitel Legend Metropole Hanoi kicked off the holiday season with an official invitation-only Christmas Lights Ceremony on December 1. For the first time, British cycling legend David Lloyd joined forces with six foreign ambassadors to take part in a bicycle ‘race’ including the UK, Italian and Swiss ambassador to Vietnam as well as two ambassadors from the European Union Delegation to Vietnam to generate enough electricity to turn on the hotel’s yuletide sign and lights.

The bicycle ‘race’ is part of a joint effort to raise awareness and funds for Newborns Vietnam, a UK registered charity dedicated to reducing neonatal mortality in Southeast Asia.

A standee of DK Engineering was put in the ceremony as an acknowledgment for DK great support to Newborns Vietnam.